The Corona Virus has caused many business owners to stay home or work from home. Most people probably can’t do their regular work and have a lot of free times in their hands. In this article I would provide you a few marketing tips that you can do on your own to help your business grow for when it is back. Of Course most of these would work if you have a website, but some of them are also good if you don’t have a website but have a Google or Yelp listing.

These days SEO can be very expensive because it takes hard work to achieve great results. You either have to put in the hours yourself or higher SEO experts to do it for you. Either way it costs money, because as they say “time is money.”

Running an SEO company for 20+ years, I have seen the SEO industry change dramatically from getting results overnight to months and years. Google has tightened their algorithm so much to crack down on tactics that would have easily gotten you top rankings.

Long are the days when we used to hire offshore freelancers to do 100 directory submissions per month for $100 and you would achieve great SEO results.

However, there are still some tactics that you can do yourself that would help with SEO. Even tough it would not boost you to top for many keywords, you may still see some traffic boost from these strategies.

My company actually has a platform to request reviews from your clients. It works by surveying your clients first to see who is happy with your services. The ones that provide positive feedback are then asked to provide reviews on Google and Yelp.  This way you filter out the unhappy clients to avoid getting negative reviews. Check out Repengage.com for more details.

People in the SEO industry are buzzing about Google’s recent changes to the way “NOFOLLOW” links work, as these were the first major changes to the NOFOLLOW link attribute since it was introduced in 2005. NOFOLLOW links have been a common SEO practice for over a decade, because they help publishers avoid having their websites penalized for spam or undesirable links. But what even is a NOFOLLOW link? And how does this affect your site if you’re trying to rise through the search engine rankings? END_OF_DOCUMENT_TOKEN_TO_BE_REPLACED 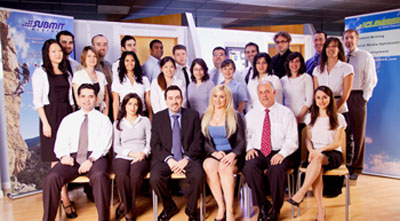 This Article originally appeared on DealCrunch.com in 2016, but I just discovered that the website no longer exists so I am reposting it here.

The Crunch: For 20 years, Pierre Zarokian and his company Submit Express have been helping local, national, and online businesses improve their web presence with reputation management, SEO, and other marketing services such as email advertising and landing page creation. The company’s clients, including Siemens, Purina Mills, and Penn State University, have used Pierre’s experience and solutions to place their content in front of the readers they want to reach. Pierre shared some tips with us that present retailers with best practices that can help boost search rankings, maintain good reputations, and, ultimately, increase conversion and revenue.

END_OF_DOCUMENT_TOKEN_TO_BE_REPLACED

The sad news a few days ago was that Keith Flint of The Prodigy has been found dead at age of 49. Apparently he took his own life 😦

The Prodigy was an influential EDM band from the 90’s. They came to the scene in 1992, but it wasn’t until their 3rd album in 1997 that they hit it big. I remember the track “Firestarter” being played on the radio when they didn’t even have a record deal. Madonna’s label jumped on it and offered them $1 Million. This was unheard of for electronic music band in those days.  Even today it would be surprising for an EDM act to get paid so much.

Although they are best known for the track “Firestarter,” I like their second single from the album “The Fat of The Land” much better, called “Breathe.”  Here you can watch the video.

I used to go to a lot of EDM shows and have seen many EDM acts in the late 90’s to early 2000’s, including Chemical Brothers, Crystal Method and Junkie XL, who made similar music to Prodigy. But for some reason I never saw The Prodigy live.

Interesting thing is that Keith took his own life on day 3/3/19. Those that produce electronic music know that “303” or “Roland TB-303” is well known sought after vintage synthesizer from the 80’s that was used by the Prodigy.  Many are wondering if there was any connection to Keith taking his life on this day or just a coincidence!